Study identifies link between sedative and PTSS in children

A drug used to sedate children receiving lifesaving treatment in hospital intensive care has been found as a possible predictor for posttraumatic stress symptoms.

A four-year study by researchers at Children’s Health Queensland, QUT and The University of Queensland found evidence of elevated posttraumatic stress symptoms (PTSS) in 24 per cent of children during the 12 months after hospital discharge, with children treated with midazolam therapy most likely to be affected.

Midazolam is used to cause drowsiness and decrease anxiety in children during treatments like intubation in intensive care. While this drug is already associated with post-traumatic stress in adults, the long-term side effects of using this drug have not been previously explored in children.

More than 10,000 children are admitted to paediatric intensive care units across Australia and New Zealand each year because of trauma or critical illness, with many requiring life support. 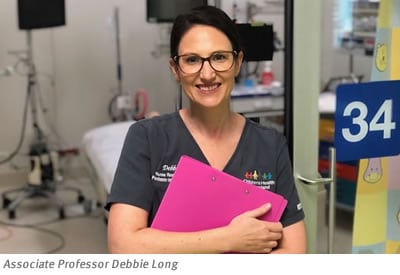 The study of 265 children was the first to find a link to PTSS in children, and one of the first to include children as young as two years old.

“Midazolam can help children forget being in intensive care. But unfortunately, we think it distorts their memory making process,” Associate Professor Long said.

“It’s possible they construct nonfactual memories and that, combined with drug withdrawal-related delirium, could lead to posttraumatic stress in the acute recovery phase.”

PTSS in children can cause nightmares, difficulty sleeping, reliving the event in thought and play, angry outbursts and ongoing fear or sadness. The study aimed to identify potential for these adverse effects and demonstrate the need for early intervention.

“Identification of the early distress allows medical professionals to engage families sooner and monitor children more closely. If symptoms are not identified and managed early, the ripple effect could be life-long, affecting relationships at home, school or employment in later years,” Associate Professor Long said.

Results from the study showed symptoms were most significant in the first month after treatment. However, evidence of posttraumatic stress could continue for 10-12 months, with some parents reporting elevated symptoms at 12 months.

“There is a serious concern that families with children who experience posttraumatic stress following hospital treatment will delay or avoid important health care checks that could identify other complications,” Associate Professor Long said.

Associate Professor Long will soon co-lead a related interventional study to look at psychosocial support for parents and children, and ways to normalise the hospital treatment process to reduce the incidence of posttraumatic stress.

Associate Professor Long’s work with Australian and New Zealand paediatric intensive care units has also demonstrated alternative drugs with neuroprotective benefits for sedation up to 14 days as an alternative to midazolam, but midazolam is still considered the first line therapy for some illnesses and injuries, such as seizures.