Children’s Health Queensland is leading a national study focused on finding new antibiotics and better treatment options for some of the most serious multi-drug-resistant infections in children.

Invasive Gram-negative infections such as bloodstream infections affect more than 150 children in Queensland every year. Pseudomonas aeruginosa and Escherichia coli are some of the most common Gram-negative bacteria which are increasingly resistant to antibiotics. 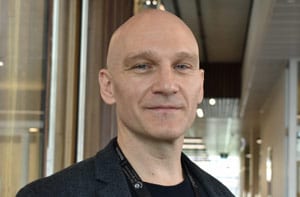 Clinical trials will start at the Queensland Children’s Hospital in early 2021 to identify which new antibiotics should be prioritised for development to treat children, including those with complex conditions, and provide optimal dosing guidance for young people of all ages.

Dr Irwin said proven and effective antibiotic treatments were critical to ensure complex medical treatments, such as surgery and cancer treatments could be undertaken safely in children, particularly those who are immunocompromised.

“Children undergoing complex treatments in hospital are most commonly affected by serious bloodstream infections such as Pseudomonas aeruginosa, which causes death in approximately 10 per cent of all cases,” Dr Irwin said.

“These infections are increasingly associated with antibiotic resistance making them difficult to treat. Treatment options are often limited to older antibiotics which carry the risk of significant side effects, while newer antibiotics have very little evidence for their effectiveness in children.”

Each year, up to 15 children are treated for serious drug-resistant infections at the Queensland Children’s Hospital.