After being confined to his hospital room for weeks, 15-year-old Carter knew exactly where he wanted to go when asked to name his dream destination. The moon – because it was as far away as possible from his hospital bed.

“I’d been watching a lot of documentaries about the moon and have become a space nerd,” says Carter, who was diagnosed with the progressive muscular disease spinal muscular atrophy in childhood. 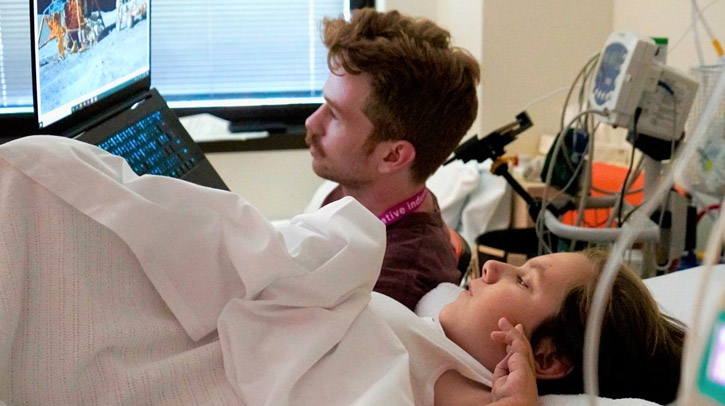 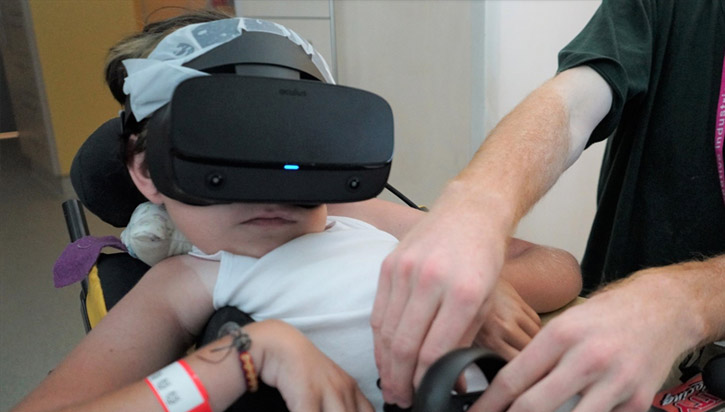 He was in the Queensland Children’s Hospital for treatment of an acute illness when his clinicians, an artist and a filmmaker asked if he wanted to be involved in a new virtual reality project.

So together with the team, Carter developed a Future Story that sent him to the surface of the moon and enabled him to meet Laika, the Russian dog that was the first to orbit Earth.

“It was really fun. It was amazing how much I could customise the world I created.”

Future Stories is a collaborative virtual project between Children’s Health Queensland and academics and researchers from Griffith University, Central Queensland University, the University of New South Wales and the Arts Health Network Queensland. It aims to improve health and wellbeing outcomes for adolescents, by giving them the chance to virtually engage with their dreams while undergoing clinical treatment.

Children’s Health Queensland Arts in Health Program manager Lynne Seear said the project not only provided young people with a creative outlet, but also helped them overcome the boredom, isolation and anxiety of long-term hospital admissions.

“It’s important that we find ways for young people to switch off from their reality,” she said.

“There’s a direct relationship between feeling healthy and getting better, and participating in the arts.”

“Future Stories gave Carter the joy of working with an artist and a filmmaker, to talk about his hopes and dreams and see those hopes and dreams reproduced in an immersive amazing format,” she said.

“It expanded his world, both virtually and in reality.”